Property of the Counts of Provence, originally built as a fiefdom by Henry III in 1576, Beaulieu has counted Provence’s most noble families amongst its former occupants. The Alamanons, the Agoults, the Oraisons and the Pontleroys not forgetting the Tourneforts and the Candolles have lived here and taken care to preserve this remarkable terroir.
The tradition is carried on today by the Guénant family who acquired this magnificent property in 2001 and have transformed Villa Baulieu into one of the finest places to stay and visit in the region.

From villa to seigniory, estate, country house, château and now villa once more, Beaulieu has evolved and flourished through the centuries. The Italian-style château standing today which replaced the old country house was built firmly on its basaltic foundations by the Juliens and the Bessons. With the exception of the four towers that have framed the building since 1805 and updates to the cour d’honneur and first floor circa 1780, the château has not changed since.
The 18th century renovations were probably the handiwork of architect Vallon.

Today, Beaulieu has even reclaimed its former spelling, Baulieu, and Villa has replaced Château.
All the fountains are fed by basins and aqueducts.
Show more Watch the film
02

To breathe life back into an all but abandoned estate with a history going back 1,800 years, set within Provence’s only volcano, probably sounds like an act of madness that one would normally be talked out of.
But that was the gauntlet thrown by the Guénant family nearly 20 years ago. To breathe life back into such a vast farm estate begins by reviving the soil.
And while the earth might have a memory, fortunately it is extremely forgiving. The wines slowly produced superb grapes that raised the estate to the top of its game, the almond grove was redeveloped and the truffle crop was revived.
We believe that sharing our passions—wine, almonds and truffles—in such remarkably beautiful surroundings is to bring the place back to life just as it was first imagined, all those centuries ago.
03

Set inside a volcanic crater

At 400-metres altitude, our estate experiences a range of temperatures day and night which is particularly beneficial for producing wines—both whites and reds—with excellent ageing potential.

Browse our online shop and buy our exceptional wines direct from our estate.

In the heart of Pays d’Aix, Villa Baulieu houses 11 elegant rooms and suites enjoying unspoilt views of the Alpilles and Saint-Victoire mountains and the region of Luberon. 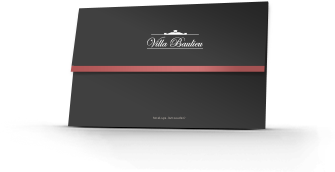 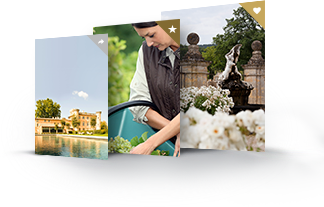